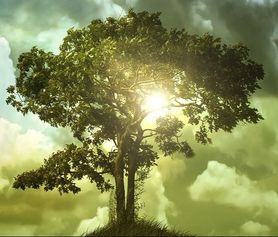 ​​​Child Evangelism Fellowship is the world’s largest evangelistic children’s ministry and has been transforming lives for over 80 years! We are currently reaching millions of children every year, but our goal is to begin reaching 100 million children each and every year. The work that CEF is doing around the world is exciting but what’s even more exciting is what CEF is doing right here in our local area. Join us for this year’s fundraising banquet to hear about the exciting work CEF of Indiana, Inc. North Central Indiana is conducting and find out how you can become part of reaching the next generation for Christ! 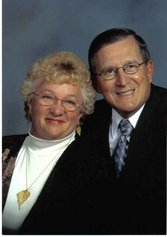 Pastor Thomas Bump was born again at the age of 15 during a Youth for Christ Rally in Flint, Michigan      and has been in ministry every since that time. He attended Bob Jones University in 1958-1962 where      he received a BA degree in Christian Ministry.
He married Evlyn Dowen in 1961 and they have been married for 51 one years now. They have four          children who are now married with children of their own.
Following his graduation from Bob Jones University, Pastor Tom led a camp ministry and then directed a    Youth for Christ ministry in Ohio. He then went on to attend Grace Theological Seminary and received a    Master of Divinity degree in 1970. Following his graduation he became the Pastor of Culver Bible           Church. It was here when he began working with CEF.
From this starting point, Pastor Tom became the Local Director for Shoreline CEF in Shelby, MI in 1994 and was then asked, in 2001 by CEF Headquarters, to go to Delaware to help restart the ministry in that state. He was there until 2016 when he went back to Michigan and began working with their Local CEF.
​Pastor Tom is now retired from CEF but he still works in local CEF Clubs, in the fair ministry, & represents CEF to local churches with his wife Evlyn who is still on the Local Committee. Pastor Tom has recently accepted the position of Administrator for Cornerstone Christian Academy in Fremont, MI. He and his wife are members of Rothbury Community Church and are helping in their Awana program. 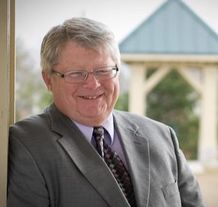 Mike Murdick, will be presenting the musical package for the evening. Mike is a resident of Franklin Indiana. He is married to Adele Murdick and they have three children with children of their own. Michael has been singing and performing since the age of 5. He currently is the choir director at his home church and has held that position in several other churches through the course of his career.
Although Mike has gone through many adversities in his life, he has emerged a joyous, vibrant Christian.  He remains positive, and states, “My positive commitment to Jesus Christ as my Savior sustains me."
Come enjoy Mike’s presentation and take a way a tune that uplifts you through word, music and  the blessing of the Lord as Mike sings praises to his God.
Banquet Flyer for Download & Distribution
Email Registration